Movie Heroes transforms movie going by bringing excellence to the viewing experience and creating a place of freedom where cost is not a consideration in watching a movie. Movie Heroes enables theaters to be the crown jewels of each small town in which they reside and to be the catalyst for keeping money local, all while increasing total movies viewed and thereby contributing to the health of the movie industry.

Movie Heroes took the theatrical world by storm when they launched a Netflix style theatrical membership model to save their local theater. The former owners closed the theater in 2012, shocking the community. Matt Sconce and Keith Walker, childhood friends, with their friend James Nelson, created a plan to save the theater.

Their idea was to offer a subscription-based theater plan. They calculated that if 3,000 people signed up, the cinema could be saved. For $19.95 per month, a member would be able to see unlimited movies and buy individual tickets for friends. The friends formed Movie Heroes and launched a massive marketing campaign. They not only saved the theater and were able to re-open it, but were also surprised by the extremely positive unexpected results of the conversion to a membership model.
Now, with almost 4,000 members, their five screen, first run theater is now grossing record revenue (over double the revenue than at any time in the theater's history), seeing huge boosts in attendance (5 times the national average), maintaining a stability never before achieved in their location (easily and dependably covering monthly overhead), and has been covered by ABC, CBS, FOX, Slashdot, NPR, the San Francisco Chronicle, and the Los Angeles Times. They are ready to offer this model worldwide to help the struggling independent theaters in similar situations.

How Subscriptions Could Save Small Movie Theatres

Make That 'Oh, #*!@' Moment Work to Your Advantage 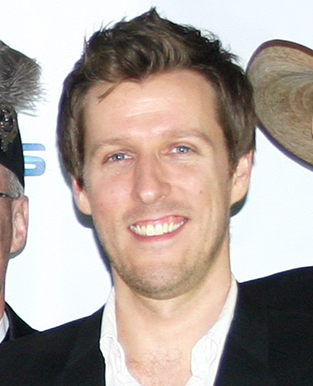 Co-founder and CEO
Keith Walker has a degree in Engineering Physics from University of the Pacific and a masters from Carnegie Mellon in Software Engineering. Keith worked in the aerospace industry for 9 years where he received the Air Force Chief of Staff Team Excellence award for extending the life of a military satellite fleet. He left the aerospace industry to join Klout, a startup in San Francisco, and left to co-found Movie Heroes.
Facebook
Twitter
Linkedin Co-founder, Chairman, and CCO
Matt Sconce is an award winning director/writer/filmmaker, and has produced 11 shorts, 5 feature films, and has written 6 feature screenplays. His most recent feature length film, Firefall, was released theatrically in 2013. Matt has four blackbelts and has been a youth leader at a large church in Oakhurst, California for the past 11 years.
Facebook
Twitter
Linkedin Part of Founding Team
James Nelson has a background in business strategy. Running a Movie Theater with a subscription model is his brain child. Among James' accomplishments is winning a national video gaming concept competition with Coca-Cola, and serving in the United States Air Force.
Facebook
Linkedin General Manager of the Met Cinema and the Director of Finance for Movie Heroes.

She has worked in finance and management for the past 25 years, leading teams to better communication and customer service. Stacy initially came to Movie Heroes to manage the finances but quickly became part of the team to take our membership system to new heights. The past 6 years she has been in the center of enriching our program to enhance our subscription service that benefit the independent theater owners and their employees.